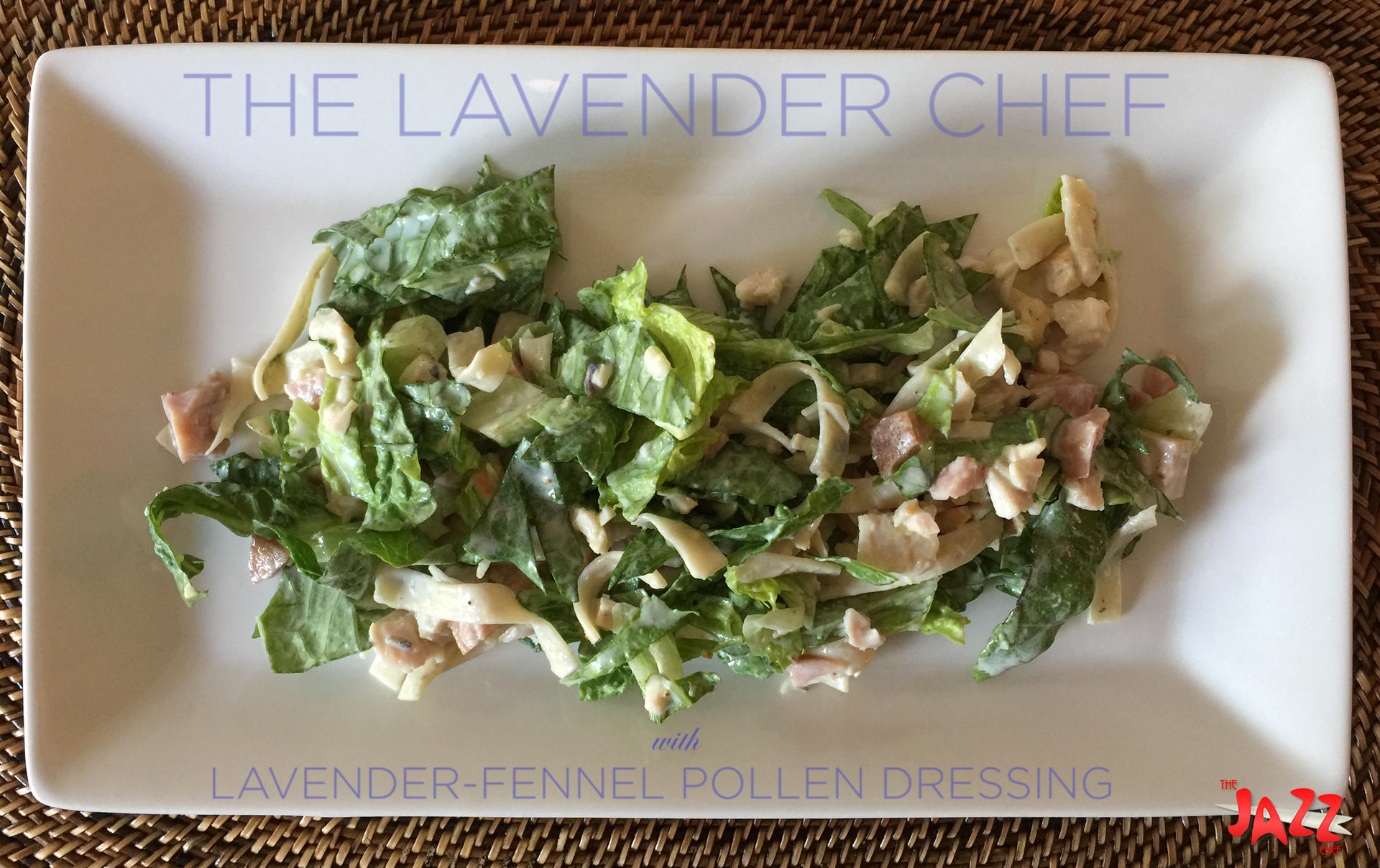 A lot of improvisational riffs revolve around repurposed food. I made some wonderful lavender pasta a couple of nights back. I have enough extra that it makes a nice lunch… something. What, though?

It doesn’t reheat really well, and its flavor, which is very delicate, can be lost.

I tried a bit cold and it was amazing! Thinking outside the box, I thought it might be a nice part of a cool salad.  So I started doing the refrigerator inventory in my head, as we all do: I had a little bit of cubed turkey and ham from the short-ends of a couple of sandwich blocks of meat.

I wanted to blend them all together for a quick lunch, but they needed a tie-in. It’s creamy, and mildly tangy with a the lavender’s purple passion and a little fennel scent on the back-end of the flavor set.  A vanilla Greek yogurt adds both the right tang and a mildly sweet vanilla bean tastebud surfboard for the lavender and fennel pollen.

The whole thing accentuates and complements the smoky, salty ham, the savory of the turkey and the lavender pasta threads tossed in the greens.

You can add whatever greens you want, but I used flavor neutral romaine.

We want the lavender and fennel to do the talking, so riff away, but watch out for adding any really strong flavors.  Also, remember to take it easy with the lavender: It can become overpowering quickly!

FYI, Lavender pasta is pretty easy to make with some culinary lavender and a standard fettucine recipe,  but, as I have a lot of people venturing into the world of originalist cooking, I include a really great source for the pasta in Seattle, Pappardelle’s.

I served it with a little green chile cornbread (see that recipe). Milk is variable. Use enough to make the viscosity of the dressing thin enough to pour, but not too watery.

Mix the ingredients and let stand while you make up the salad (see below), or for about 10-15 minutes to give it time to let the lavender steep into the mix.  Salt is another big variable here. Too much overwhelms the sweetness of the yogurt which works the aromatics better, but it’s too sweet without a little balance from the salt. Adjust all of the stuff to hit your own happy spot! Wash and tear up the lettuce. Spin dry. Add the meat and chopped pasta. Add the dressing and toss lightly. Plate and serve.