Coriander seed is both a lead and a bit player in your culinary drama As a fragrant, it’s amazing spice for everything from curries to pie spice blends, to sausages, to beer. The seed is one of the oldest spices. The plant goes by two modern commercial names, and some serious controversy.

Coriander powder is ground coriander seed. So all of you “I don’t eat coriander,” soap-a-phobes can relax!

How coriander is prepared greatly effects its final flavor, and what ingredients it plays well with. When left whole, it is just as floral as cardamom: Full of citrus scent, light and sweet. Coriander’s flavor deepens the longer it cooks, but its unique florals degrade into the background.

THE GROUND, CRACKED, or WHOLE DECISION 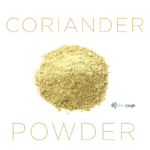 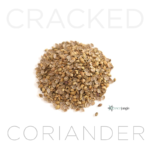 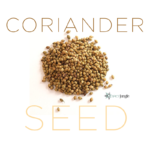