Let the Lion loose on your brat.
You will regret it not!
The “Extra” means it’s hot!

Germans are mustard mad. Other than currywürst, the curried tomato sauce “ketchup” slathered across all manner of sausages, myriad mustards make their way into all kinds of German foods.  Go to Germany, and bring a suitcase. You could fill it up with great ones, especially across Bavaria. Yet Löwensenf Extra still stands out, and is a global export. It is featured in our top of the top lineup in “The Magical Mystery Tour of Mustards.”

Löwensenf Extra is a Düsseldorf mustard, made in, you guessed it, Düsseldorf, Germany. The name literally translates into “Lions’ Mustard.” Lion on the bottle. Yellow? Nice bite? Lion! C’mon y’all.  For Germany, perhaps the most literal, banal marketing Mecca, that’s pretty clever.

Löwensenf Extra is a sharp, dijon-style (hence the little “d”) mustard.  It is smooth, and creamy on the palette, like a true Dijon.  The hulled brown mustard seeds, backed only by a touch of sweet in the vinegar, though have a much spicier, strongly pungent flavor. It is still less stringent than a Chinese mustard, but much stronger than a typical Dijon.

HOW IS IT MADE?

Löwensenf Extra is made using a process similar to the true Dijon. It differs in a couple of ways: 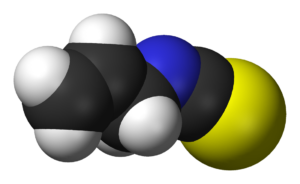 Many hot mustards save money on expensive seed, by adding in cheaper peppers, or “spicy” mustards toss in horseradish root, which is why Löwensenf Extra is manely better than its competitors. Lion jokes! (Sorry.)

First produced in Alsace-Lorraine, Löwensenf has its roots in the true French Dijon style of mustard production.

The mustard seeds are first cleaned, then crushed. Next, they mix them with water, the brandy vinegar, and salt.

The ingredients are then sent off to tanks for fermentation.

After fermentation, the mustard mash is roughly ground again. A process is used to cast off the husks of the seed. This allows the lighter cores of the mustard seeds to remain, enhancing spiciness.

The mustard is then vat aged, before being bottled, to allow it to attain a fuller-rounder flavor.

In 1920, Löwensenf Extra, was introduced. It was the first German mustard to be made using a modified Dijon process.

The company was founded in 1903, the same year that American mustard giant French’s debuted,  by Otto Frenzel. It began operating with the ploddingly technical name Erste Lothringische Essig- und Senffabrik (First Lorraine Vinegar and Mustard Factory) in the city of Metz, in Alsace-Loraine, which was, at the turn of the 20th Century, a highly disputed area between France, and Germany. Operating in the Alsace exposed Frenzel to true Dijon mustard processing, very different from the grainy, often beer, or brandy-infused, mustards common to German cuisine of that day.

In 1920 after WWI ended, Alsace-Loraine as a whole was returned to France.  Frenzel moved the company to Düsseldorf. There, the company was renamed with an equally plodding, unbrandworthy name: Neue Düsseldorfer Senfindustrie (New Düsseldorf Mustard Company).

The use of a German brandy vinegar was introduced to the dijon process and the Lion, known as Löwensenf, roared into popularity.

Otto Frenzel died in 1936. His widow, Frieda, took over the company. In 1948, production was started again after disruptions caused by World War II. Through various mergers, it acquired several brands, then became a subsidiary of Munich-based mustard maker Develey Senf & Feinkost GmbH. That is the good news: They have the marketing to distribute it for all of us to enjoy globally!

I love the elegance of true Dijon, which is a more balanced flavor, but there is a special place in my culinary heart for Löwensenf Extra, that muscular mustard that counterpoints against the higher fats of the mains like Southern German bratwurst, y’all, and takes a nice crisp soft pretzel to a creamy, spicy new place. The more amazing thing, though, is that it actually CAN go toe-to-toe with (Mon dieu!) French Dijon in the more subtle applications: Sauces, dressings, dimensioning an aioli, and much more. I’ve used it in my Asian Sour Orange Cabbage & Carrots, because it has more depth than either dried prepared or Asian condiment mustards. If you think outside of the box, not just about the condiment, mustard, in general, but about what different mustard flavor palettes, like the different processes used to get to Löwensenf Extra, you know that you need this flavor palette in your kitchen’s arsenal.

The Löwensenf brand has been my German go-to. Looking for a bold statement, in any improvisation that needs mustard? Use Löwensenf Extra, which draws five big diamonds in my ChoiceStuff™ rankings.