Funnels are a vital part of your kitchen arsenal of cooking stuff. These silicone, tried and true, are nonstick and easy to use.

They’re the gateway to greatness. Need to get a glaze, or a sauce, into a squirt bottle? Good luck on spooning it in without a funnel.

Are all funnels, like people in a democracy, created equal?

Silicone funnels work better. Easier to use. Easier to clean. Immune from heat. Less prone to sticking than metal.

The current space-saving fad is your collapsable funnel. I say: PASS.

Most of them have to create a lot of angles in the molding, to make the thing flatten out. Which is great for space-saving in your drawer, but pretty lousy as funneling goes. Angles are kinky. Kinky funnels trap stuff. So, while your pureé passes pleasantly, your salsa sticks, and anything chunky is funky to pass through edges that catch.

There are a lot of funnel makers out there. Quite a few silicone ones. Trudeau provides a nice set, that has a combination of funnel sizes that makes it versatile, with enough stacking that it isn’t sucking up much more space in your drawer than the flat-packers.

Not unique enough for a five-diamond rating, but a solid three-star product! 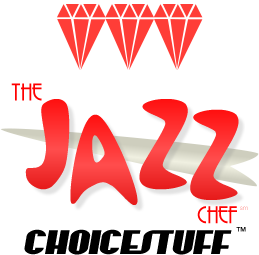