If Superman were a food, he’d be a chia seed. These amazingly healthy seeds are super-thickeners that have all kinds of tasty uses!

WHAT DOES IT DO?

Chia seeds come from a salvia plant called salvia hispanica L.. They are an amazing superfood, thickener, and textural drink additive that is gluten-free. Excellent as a means of thickening without starches. 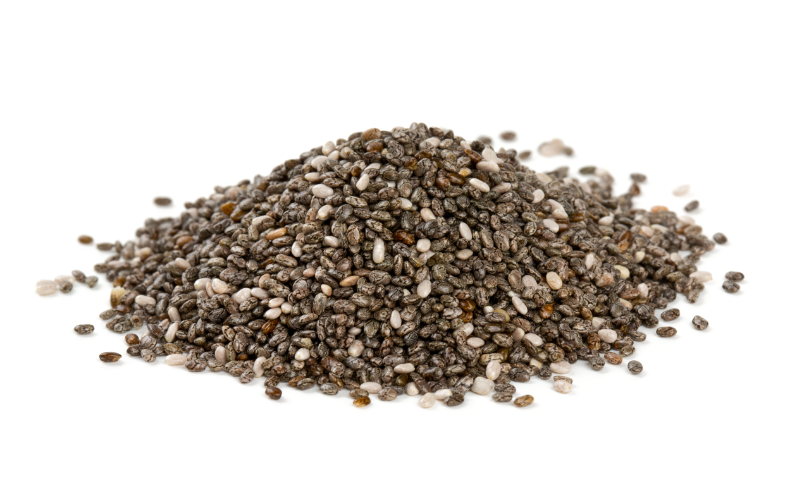 Chia seeds are a superfood. See more on their health benefits, below.

When chia seeds are immersed in liquid, they release a thick, gelatinous substance.  When put in a lot of fruit juice, like the El Salvadoran drink chan, they resemble a more etherial version of the tapioca pearls in bubble tea. If you keep the moisture down, they become a thickener that thickens the liquids around them.

We most commonly see them used, in North America, as the thickener in a vegan chia seed pudding. They can be used, however, to thicken other foods without using glutens, or other substitutes like guar gum, xanthan gum, or agar-agar.

Dry, they are a small seed, about the size of a poppy seed, that can be used as a super-nutrient in granola/granola bars,

Chia seeds are a serious superfood.  28g (1 oz.)  packs 40% of your daily dietary fiber and 9% of your protein! It’s high in polyunsaturated fats and linoleic, and alpha-linolenic  fatty acids. The majority of the oil in chia seeds are these omega-3 fatty acids that are beneficial to cardiovascular health, blood pressure, etc.

It’s also high in iron, calcium, and 23% of your daily diet in magnesium.

Do not eat chia seeds dry, other than as a part of a pre-made snack like granola, or other foods where they’re “captured” in honey, maple, or something else.  Chia seeds swell on contact with liquids and are very sticky. Making contact with saliva, on their own, they could stick to your throat, and cause you to choke.

If you have dysphagia, a condition where people have difficulty in swallowing, or other you have digestive issues, probably best to avoid dry chia seeds altogether.

Chia was a food source as early as 3500 BC, cultivated as a major food crop in Mexico, and Guatemala, the ancient Aztecs offered up a tithe of the crops to their gods in religious ceremonies.

You don’t have to be a vegan to enjoy chia seeds. They’re an awesome food source, and really should be part of everyone’s diet. Anthonys does a great job of sourcing top-quality seeds. The 2 lb. bag goes faster than you’d think. There are a lot of companies producing the seeds, but I’m still giving Anthonys a Choicestuff Four Diamond for a great product, and its simple, reusable packaging. 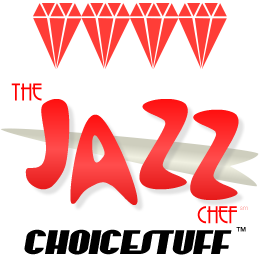