The habanero chili, is the alligator of chili peppers. At least 8,500 years old, it’s a citrusy flamethrower! Ground habanero puts a bit of Brazilian blaze into every bite that it seasons.

Even with upstart hybrids, like ghost peppers, and Carolina reapers, the habanero’s big flavor, along with the heat, still makes it one of the most popular ingredient in hot sauces, and spicy foods.

The habanero possesses an intense heat: 100,000–350,000 SHU. The ground lacks a bit of the pleasant, citrusy, flavor that is found in the fresh. Instead, it has a bit more mellow aroma of oranges, and tangerines, and a more consistent heat level. When saturated in liquids, there are aromatic notes of ripe nectarine. 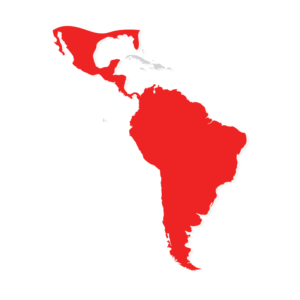 Habanero peppers grow outdoors from South America, to the Southern United States. They do best in sub-tropical climates.

There are more than 20 varietals grown throughout the region, the Caribbean, and parts of Africa.

Today, the largest commercial production of them is mainly on the Yucatán Peninsula, in Mexico.

The habanero chili, is the alligator of chili peppers. A specimen of a domesticated habanero plant, dated at 8,500 years old, was found at an archaeological site in Guitarrero Cave, in the Peruvian highlands, dating back to 6500 BCE.  That’s a long way, by foot, from the Amazon region of Brazil, where the pepper originated. So it’s at least a few hundred years older, probably more.