Pre-toasted sesame seeds are a convenience, but a useless, and costly one. Pre-toasted, they lose a ton of the aroma, and wonderful crunch of freshly toasted. Most are shipped vacuum-sealed. If you can use the whole jar in a week or two, great. If not, they’ll oxidize, and odorize.

If it were hard to do, then that would be one thing, but toasting sesame seeds is the biggest no-brainer in the world. Buy good organic white sesame seeds, that you can also use for other recipes, instead.

Sesame are the tiny seeds of a flowering, grassy plant.

White sesame seeds are nutty, with a high oil content, and a hint of dried hay flavor. Toasted, they become even nuttier, and a bit pungent.

As these are pre-toasted, they are meant for finishing and topping dishes ONLY. They become bitter if further cooked. Depending upon when they were roasted, they become stale, or more pungent, as they age, and oxidize.The older the nuts, the more that the released oils of the seed, par-cooked, gain pungence.

These sesame seeds are from India. As of 2016, Tanzania, Myanmar, India, and Sudan were the largest producing nations. The plant, wild, originated in Sub-Saharan Africa, and the seeds were consumed, and traded, long before the plant was domesticated in India.

Use regular sesame seeds and toast yourself! 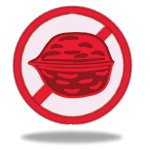 Sesame seeds/oil are an allergen for some people.

If you’re serving anyone whom you don’t know, don’t ask if they have nut or seed allergies: Ask which nuts/seeds, or all?

Many people are not universally allergic to nuts.

Sesame seeds are one of the oldest domesticated crops on record, going back 5500 years in India, but its Sub-Saharan roots are why it was so popular. It’s a hugely hearty plant that grows in dry and wet conditions, and is easy for subsistance farmers to produce. The Indian “domestication” of the wild seed increased volume and consistency. Most sesame was originally grown for its seed oil.

Assyrian religious lore says that the gods drank sesame wine when they created the Earth.

The word sesame, whether in Greek, Arabic, or Latin, means, roughly, “liquid fat” or “liquid oil.”