The umami powerhouse of soy sauce, the powdered version is a flavor powerhouse for anything where dried is easier to mix, blend, or sprinkle!

Soy powder is a powerful tool in your recipe arsenal. The taste of soy sauce, in dry rubs, mixes, and even your own “instant” foods for your kids, without the problems that the wet sauce creates.

Ever give this a try?  Put liquid soy on chicken. What does it do?  Run off of the rubbery skin?

If you want it to stick, dry powdered soy does the trick!

It starts out as liquid soy sauce, made from a paste composed of mashed soy beans, roasted wheat, and salt brine. That mash is fermented, using a type of beneficial mold called Aspergillus. The paste is then pressed.  The liquid that comes out is pasteurized, prior to bottling, to kill off any bacteria. That’s different than yeast-based fermentation, because they don’t want the mold to keep munching on the food source and turning into, well, mold.

Soy powder is liquid that is boiled down with IP Maltodextrin, a “flavor truck” that carries the liquid into the powder world.

If you want to turn the powder back into soy sauce, the formula to rehydrate it is:

Soy sauce originated in China about 1200 B.C. in the Western Han dynasty of ancient China. It made the leap to Japan around the seventh century, A.D. Today, soy sauce is one of the most popular condiments in most of Asia, with majority of the cuisine heavily relying on the salty flavor. 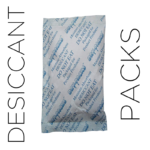 You can extend its shelf life by inserting a desiccant pack to the storage container to reduce moisture and keep it fresh a bit longer.

If it solidifies, which, if you live in humid climates, can happen, it’s easy to get it back to powder: Either run it through an electric coffee grinder/spice mill, or grab a microplane grater and powder up what you need!

Soy is very high in sodium, and contains wheat, soy, and, dried, trace amounts of corn, the usual source of IP Maltodextrin.

If you suffer from hypertension, use in moderation.

Do not consume if you have allergies to any of the ingredients.

Soy sauce’s journey into the international culinary consciousness during Japan’s Edo era, when its rulers closed it off to the world. The only trade permitted between Nagasaki and Holland. The Dutch ships and Chinese ships started carrying Japanese soy sauce to the Chinese mainland, other parts of Southeast Asia, and as far as Holland. The soy sauce exported in that period was local soy sauce produced in Sakai, Osaka, Kyoto, and Kyushu. Other than barrel shipping, soy sauce was sent in earthenware bottles called “konpura bottles”. After mass exportation soy sauce was loved around the world as a versatile condiment.