Smoked paprika is a culinary flamenco dancer. It’s proud, mysterious, and sensual. Some spices are mere role players. This one is a bold showoff in virtually every cuisine that it touches!

There is something about oak that produces a huge happy in humans. Char it, in a barrel, and fill it with grain alcohol, and you have whiskey. Smoke bright red paprika peppers with it, and they become something magic:

Spanish smoked paprika hits the big three senses: Taste, smell, and sight. It trades off a bit of red brightness for a much richer, oak-earthiness. It is much stronger than Hungarian, or other red paprikas, many of which are moderately smoked, because, well, money follows a great idea.

Used sparingly, it provides both the color, and the scent, that totally A-game your meats, seafoods, and potato dishes. Surprisingly good in egg dishes, from a Spanish tortilla, to a cheese-counterpoint in a manchego omelette, or sous vide bite.

Due to their preservative process, smoking, these peppers have a documented antioxidant level.

Spanish smoked paprika is better with vegetables which do not have a very strong flavor profile. It kicks up a roasted cauliflower. It competes with steamed broccoli, or Brussels sprouts’ natural flavors, for your attention. 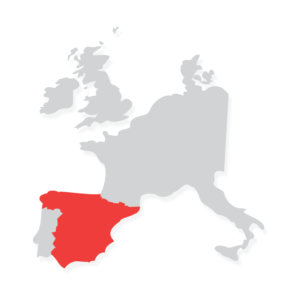 While you will find a number of smoked paprikas, around the globe, today, Extremadura’s La Vera region, in Spain, is still smoked paprika’s Ground Zero.

Christopher Columbus brought it back to Europe. Spanish monks, and their neighbors, cultivated it.  Farmers, near Extremadura, also started growing them.

The wet weather in August, and September, in that region, makes sun-drying nearly impossible.

So they put the peppers in smokehouses, and transformed not only Spanish, but global cooking.

The pepper itself hails from North and Central America. Christopher Columbus, in the 16th century, legend tells us, brought it back to Queen Isabella, of Spain, to prove that he found spices in the New World, after missing the shortcut to spice-rich Asia, his original goal.

Isabella, and Ferdinand, didn’t really care for the stuff. Too spicy!

The seeds were given monks at two monastaries: Santa María de Guadalupe, and Yuste. The monks began to cultivate them.

Farmers, living outside of nearby Extremadura, Spain, began growing them as well. Peppers, very sensitive to the soil that they grow in, change quickly. Some turned mild. Others grew in soil that produced a medium heat. Some found their way to the same kind of high-acidic soil that produces a spicy pepper.

The Extremadura process for drying them, due to their rainy late summers, is in oak smokehouses, on wooden racks. Fifteen days to get them to 15% moisture.

It created a taste sensation that is still distinct in both Spanish, and world, cuisines today.