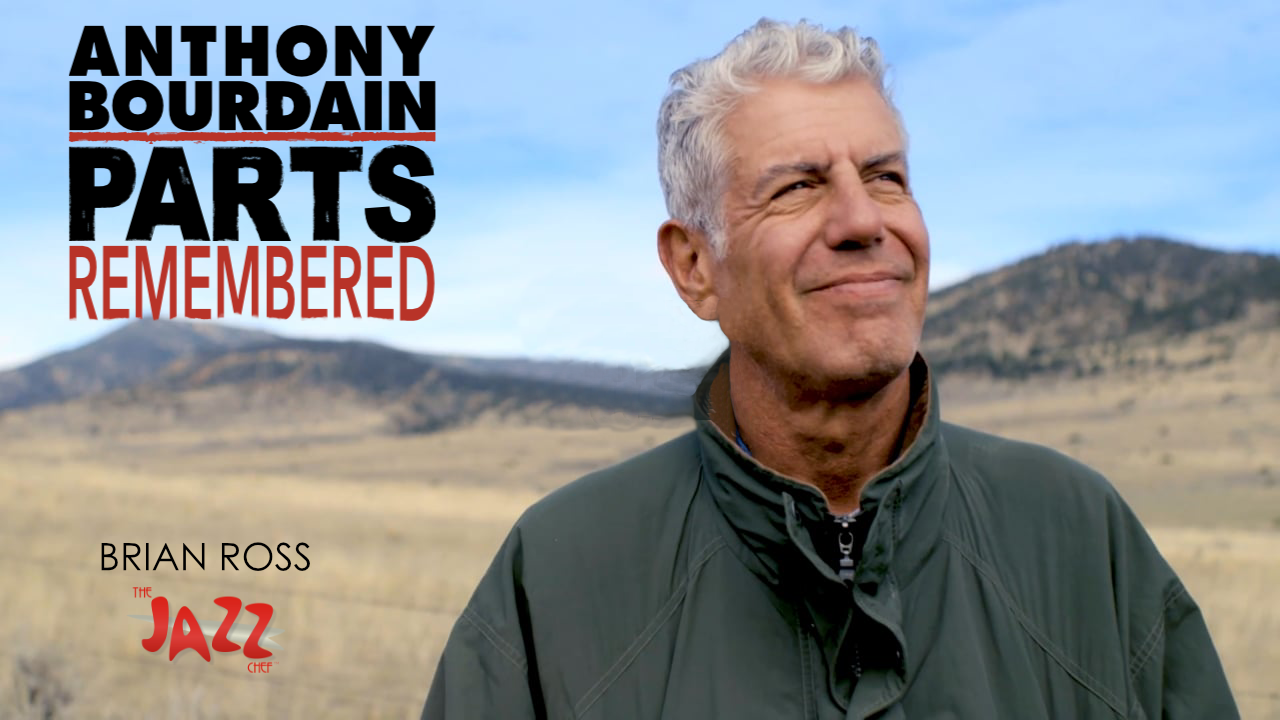 There are people who touch us more profoundly than we often think that they do. Anthony Bourdain was one of them.  He lived every day to the fullest, traveling around the world, meeting, eating, exploring, celebrating, revealing and reveling in the myriad cultures and traditions that he shared with millions through the one celebration of life which we all have in common:

It was not about the eating, in Bourdain’s world, although savor it he did. Food was cultural communion, the doorway to conversations about life and the way we live it, the wonders of our diversity,  and the commonalities that we share as human beings. Bourdain’s suicide profoundly shocked the world yesterday. Whether you were a foodie, a travel junkie, a chef, or a home chef who lived vicariously through the adventures of this culinary Kerouac, his loss was immediate, and profound.

He was rebel and renegade, sinner and saint. A heroin addict in the 1980s, he became a chef by working from the bottom up, old school. Washing dishes. Line cook. Sous chef. Head chef. It was his book, “Kitchen Confidential,” an often brutal look at the behind-the-scenes of the restaurant business, and his frank, blunt takes on everything from Monday fish to Sunday brunch, that made him a celebrity.

He lived bright and fast, the comet school.

“It came as sort of a rude surprise to me when I turned 30 and I was still alive,” he said. “I didn’t really have a plan after that.” he once told ABC News.

He was a master storyteller of life, and, more importantly, his own life. Bourdain professed not to be a great chef, although he was, but he surely played one brilliantly on TV.  You don’t  earn the respect and friendship of top chefs all over the world if you haven’t walked the walk.

It was his adventures, though, into every corner of living, into the cuisines of everyday small businesses and homes, in places prosperous and poor, that made his travelogue something unique.

He shared meals with paupers and presidents. He was as comfortable dining at a beat up card table in front of a fisherman’s hut in Cambodia as he was dining with one of the world’s top chefs in New York or Paris.

As he traveled, his world-view changed. He often regretted some of the remarks that he made about the restaurant trade in the early days. He learned, through the eating of food in some of the roughest, most septic conditions in the world, to appreciate how most people eat, and foods that they cherish, from bugs to water buffalo anus, that would simply freak out more Eurocentric diners, yet, secretly, so many millions lived vicariously through Bourdain’s adventures.

“Low plastic stool, cheap but delicious noodles, cold Hanoi beer.” This is how I’ll remember Tony. He taught us about food — but more importantly, about its ability to bring us together. To make us a little less afraid of the unknown. We’ll miss him. pic.twitter.com/orEXIaEMZM

His show “No Reservations,” was the food & travel twin to “The Crocodile Hunter,” at first known better for its sensationalist, almost reckless edge.

I recall him sitting on the beach in São Paulo, eating lobster from one of the surf shacks on the beach, praising its taste while noting that he got a look at the sanitary conditions in the “kitchen,” and that he was certain to be throwing it up later.

Bourdain would travel everywhere. Eat anything. He began meeting more people. Interviewing them. That was the shift that ended the Travel Channel project, and moved into something bigger and better: Anthony Bourdain: Parts Unknown on CNN.

It was his ability to communicate, to relate, that made him one of the most interesting people in the world.

He cherished the elegance of the simple. Bourdain did a whole segment on cooking a good, simple egg at home. He was a biting critic of rote cooking, and thoughtless plating.

Major chain hotel breakfast. that the eggs come automatically with a ramekin of ketchup makes me sad and worried for the fate of the world.

In the end, though, it was his celebration of life, from the micro to the macro, that everyone, from his crew to his most humble of fans, will miss.

Like most who succeed in their passion, no matter what he did, no matter how famous he became, he didn’t buy into his own PR. Bourdain didn’t believe that his success was more than dumb luck. When other people could be delirious with a successful career that gave one such freedom, access, wealth and fame, he wasn’t a true believer.

By the way that the world measures success, he was at the top of his game. In his recent video interview with Anderson Cooper, he said that his Hong Kong trip, which allowed him to work with a long-admired Australian Cinematographer Christopher Doyle, was the pinnacle of his career.

Some people say these things glibly. There was little glib about Bourdain. So, perhaps, being at the top of the mountain, the way down didn’t look as appealing as the way up.

Speculation is just that, though. Does anyone really know the “why” of a suicide?  Everyone spent yesterday trying to fathom it, when we all kind of secretly fear that, one day, we may be sitting there, like Tony, and be asking ourselves: “Why not?”

It’s the wrong thing to be focused on anyway. How he made his exit is the salacious stuff of TMZ and CNN Entertainment. Bourdain’s dislike of being an entertainment freak might have caused him to rethink that kind of exit, if he wasn’t at the bottom of the well.

We should focus on the magnificent life lived, the quest, the wake of great things that he did for all of us.

Bourdain did so much for many, many people, not to take credit, or look like a big man, but for the scale-balancing of the world that his perch in it afforded to him: I’ve joked for years that “I want to be Anthony Bourdain when I grow up.”  Different pathways to the same point, struggling with depression, perhaps it is our all arriving at the point where we understand that food, and our approaches to it, our celebrations of it, and the good feeling that come with it, are what make the journey worthwhile.

He left behind a legacy of open doors, a world less “unknown,” and a lot more to be done.

I hope, in even the smallest of ways, this publication, this travelogue, the recipes, and the people who will be invited to come here and teach you, and teach each other, honor the spirit of the mission that Anthony Bourdain got rolling.

We still have so much to learn about each other, from each other.