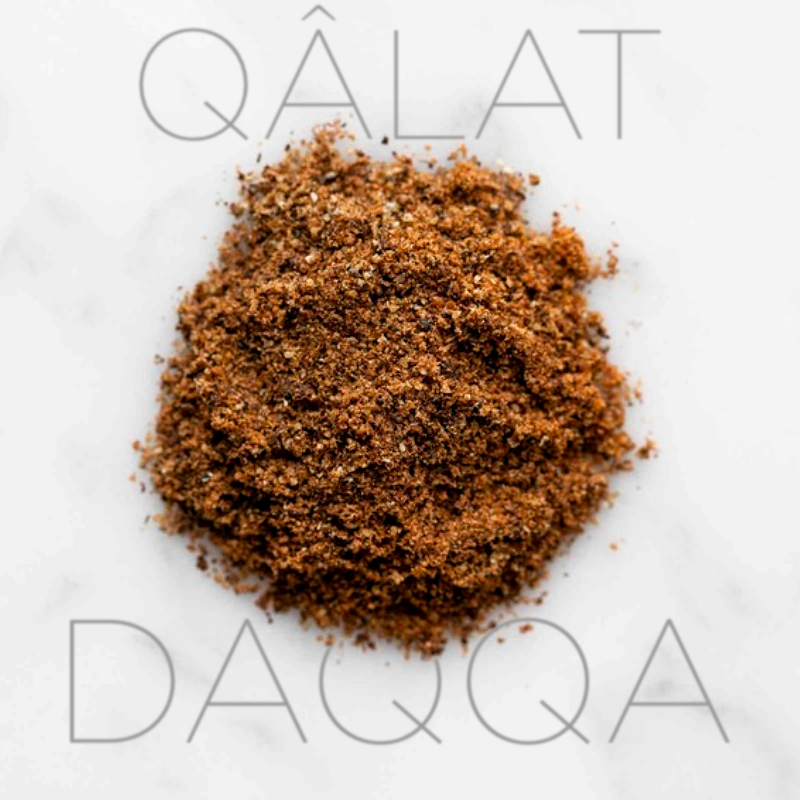 Asian five spice is a pretty common item at most American and European supermarkets these days, thanks to a ton of Chinese restaurants, and a few lead-dog television chefs who’ve introduced the flavor to Euramerican palettes, but Qâlat-Daqqa?

Qâlat-Daqqa, (Pronounced Kala-Daksa), more commonly known in English speaking countries, like Australia, that use it more, as Tunisian Five Spice, is still relatively new to the North American consumer, especially if they don’t shop at Arabic or African specialty markets.

It’s an aromatic and a flavorant of foods. The nutmeg, cinnamon and clove add aroma, the clove, pepper and grains of paradise contribute a little nutty spice and peppery pop.

World Spice makes a good one, custom grind too, but if you have most or all of these spices, consider grinding up your own as you can make just what you need, which keeps it both fresher and as one fewer thing taking up space in your spice aromata.

This is one of the few spice blends where different grinds can be used for different dishes. If you’re adding it to a rice dish, you’d want fine. For a roast chicken, you might go a med-fine grind, and, if you’re using it for tagine lamb, you might go with a coarser grind because it will cook for some time and soften, but still have a nice texture crusting the meat.

This spice blend is great for many uses. I riff a Tunisian fried rice that rocks with it, and it’s great on all kinds of roasted meats, especially chicken, duck and lamb.