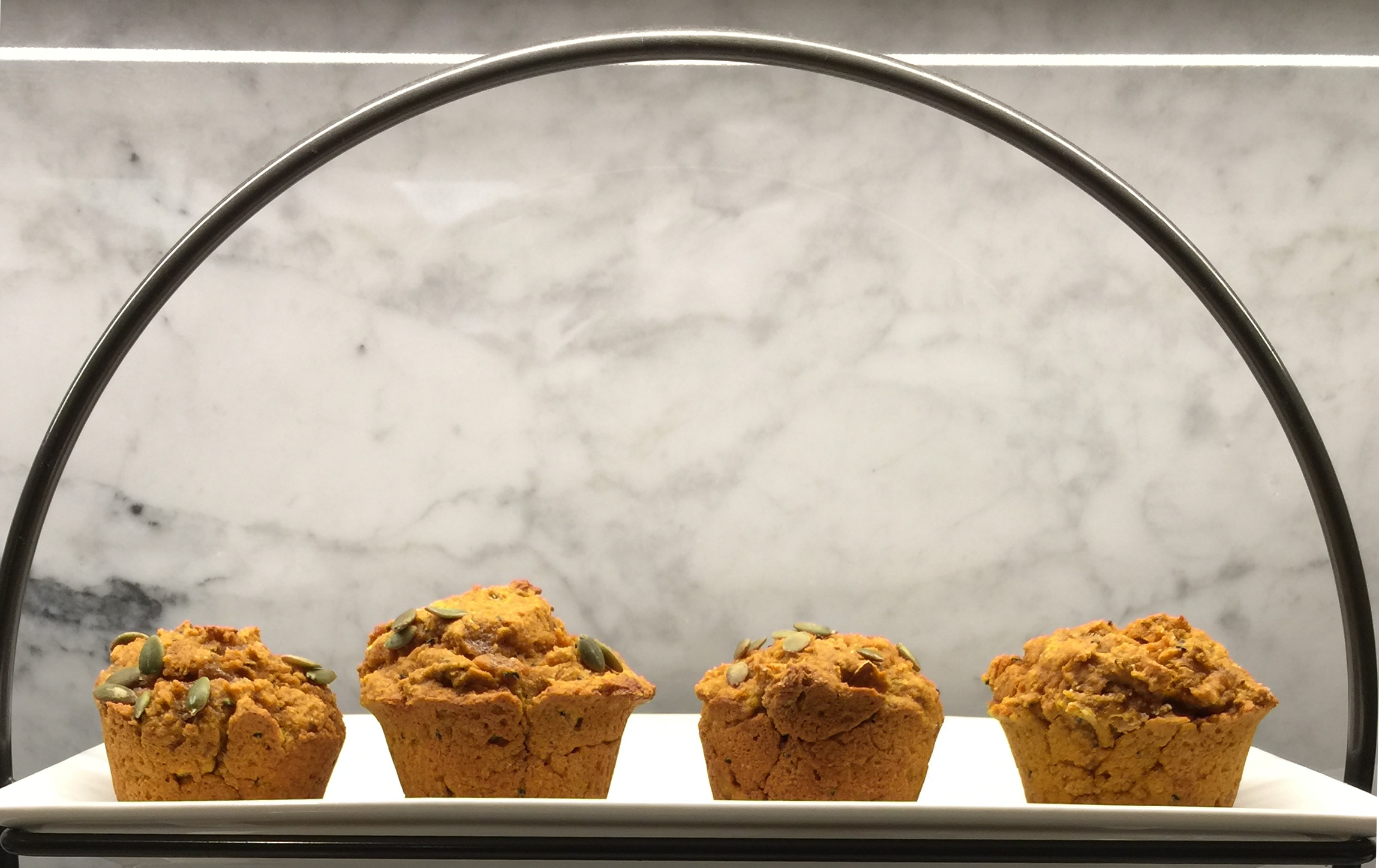 Aren’t pumpkin muffins culinarily “dead” after the holidays? We eat and eat and eat the omnipresent orange squash from Halloween to New Years. By January, aren’t we on to something better?

Not yet. Straight from the pumpkin muffin multiverse come these beauties, named for Erwin Schrödinger, the physicist who figured out that time has multiple threads. So, while pumpkin pureé might be passé in one thread of time, in the Jazz Chef universe, we ignore the lame latté spice combo of ginger, cinnamon, clove, and nutmeg and boldly riff where no chef has gone before for a whole new breakfast or snack treat!

What tops the unique-o-meter is tossing in nigella seeds are still relatively new to a lot of North American home chefs. They have a kind of nutty, peppery, very slightly cuminesque thing going for them.  They’re popular in Indian and Asian cooking.  Here, teamed up with a little grated dried grated orange peel, they offer some nice pop and crunch that humdrum poppy seeds do not, and the flavors of the nigella and the pumpkin create harmonies and contrasts all in one wonderful bite!

Monoflour muffins are mundane. Multiflour provides lots of “notes” in the texture. Coconut flour gives us some fiber and provides a nutty compliment to the pumpkin to nix the nutmeg. Spelt flour softens up the dough a bit.  Flaxseed gives it nice richness, and a nice shot of Omega-3s which we need.

Aromatics? We’ve got ’em!  Saigon cinnamon and Heilala vanilla which, with all due respect to our friends in Madagascar, Tahiti, or Mexico, is so amazingly good that it should be classified CONFIDENTIAL.  It has the most round vanilla notes and it plugs into the pumpkin like an AMPEG amplifier on Roger Waters’ guitar. A little hazelnut oil and a tiny taste of toasted pumpkin oil are the rich. One thing new here that you should not be afraid of: Panela, real brown sugar from Columbia that is cooked into blocks. Just grate off the edge into a bowl and you are rewarded with some of the best brown sugar out there. If you sub out muscovado or coconut sugar, just add about 33% more. Let cool 10-12 minutes before removing from the muffin tin, and either serve warm or let cool fully before wrapping them in cling wrap and putting them up.