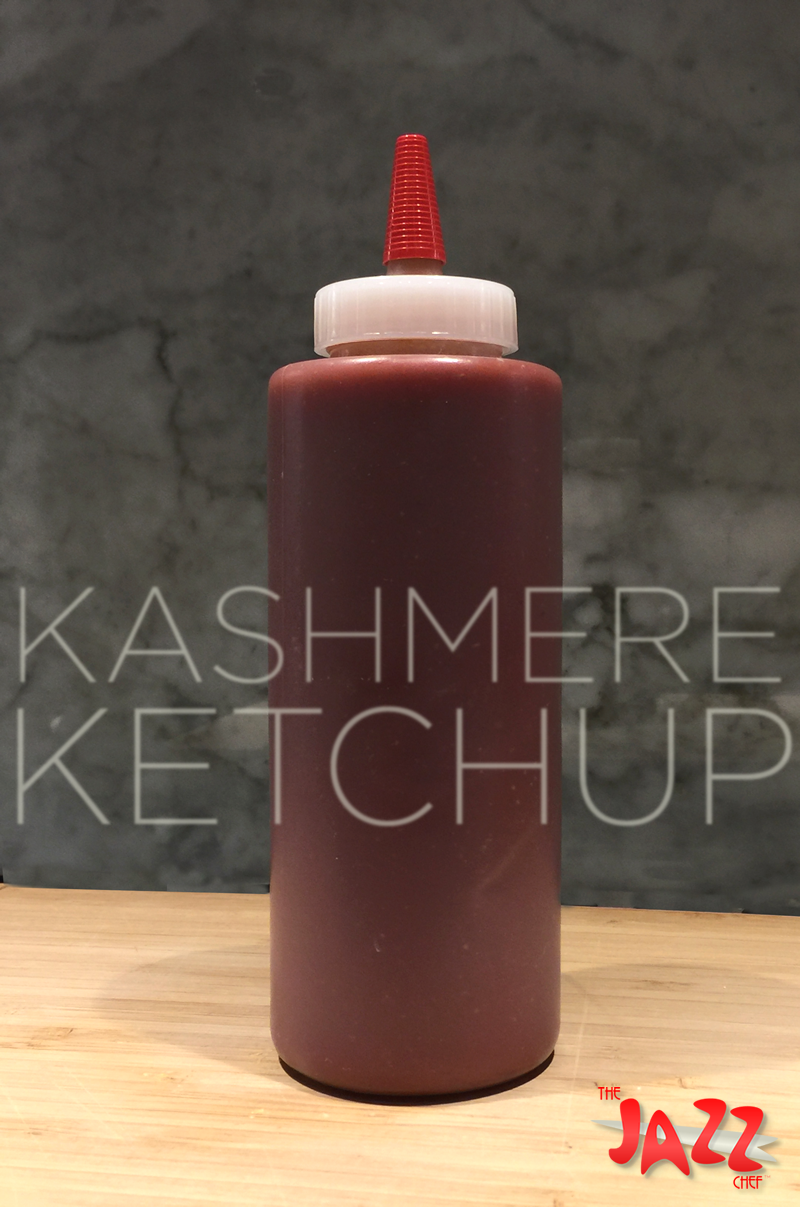 Authenticity Ground Zero is making one of the most commonly used condiments in the United States, and found around the globe in one form or another: Ketchup. Kashmere Ketchup is my smooth, soulful, tangy way of honoring The Kashmere Stage Band,  heart of the Texas Thunder Soul Sound, one of one of the greatest bands, bizarrely a high school band, that was a huge foundation of the professional soul scene in Los Angeles and New York from the late 1960s well into the 1980s.

57 Reasons Why You Need to Make Your Own KeTchup

Why make your own when you can get cheap conventional, or even some good boutique red off the shelf? Let’s start with conventional red: Many, like standard Heinz, are made with a cheap and fat-like addictive sweetener called  High Fructose Corn Syrup. It’s a leading source of obesity in both American children and adults.  It’s like feeding your family alcohol without the buzz, but with the fat that it puts on your body.  Right after HFCS in sodas, it’s a major “bad” in your home.  They save a few pennies, you gain a few pounds. Bad trade.

Sure, Hunts is HFCS-free, Heinz now sells an HFCS-free “Natural,” and there are a number of good “craft” Ketchups like Sir Kensington’s or First Field, but they sell for premiums to do what you can do at home for about 1/8th of the price. Plus, there is the adventure of it all. There are almost an infinite number of riffs on ketchup, just from its long history, so it’s time to have some fun with something we all take for granted!

You’d think that Ketchup is as American as Apple pie, but, Uncle Sam-ophiles, it’s yet another import from China.

Pick your pronunciation of Hokkien Chinese, but Ke-tchup, kê-tsiap and kôechiap refer to a pickled fish sauce from Fujian province traded far and wide across Southeast Asia and Indonesia.

Popular in part because it kept for months without spoiling, Dutch and English sailors brought it to Europe in the 1600s, and, not too long after that, it ended up in the Americas.

Ketchup has been made of everything: Fermented oysters, plums, mushrooms, nuts, fermented leaves, and, of course, tomatoes. Even though the condiment hit the ground with some of the earliest settlers, it took nearly a century to add North American tomatoes to it because, for some time, Europeans, new to tomatoes imported from South America, believed that tomatoes were poisonous like nightshade.

1812 wasn’t just a great year to write the national anthem. James Mease published the first recipe that put tomato pulp into ketchup and created a food more American than any other.

Before you go all retro and start making it with oysters and mushrooms, let’s see if we can master Ketchup as we know it from the big sauce slingers on the store shelves.

I’ve been through a ton of recipes. Some take a few minutes. Others take days to cure. All seem to miss the point if you’re going for something that friends and family are accustomed to and like.

You can dodge off with Sriracha or habañero or mango and smoke, but until you can produce something like bottle basic, your family will treat your red differently to indifferently.  Master “101Kash” and they’ll go on the adventure, bottle after bottle, with you.

My Kashmere Ketchup is elegant, soulful, and pretty simple.

All American-style basic ketchup has these ingredients:

The brand ketchup model has some additional basics:

Knowing that, here we go:

We’ll explore more extreme and historic ketchup variations in other upcoming recipes, but, off of the Kashmere recipe, you can experiment by: